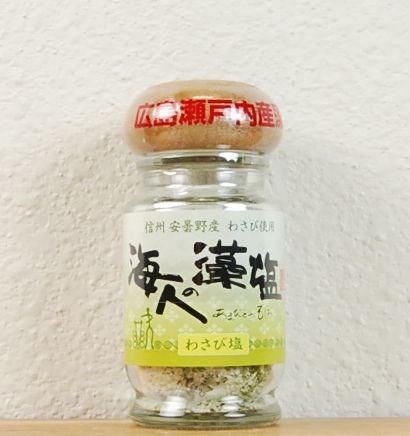 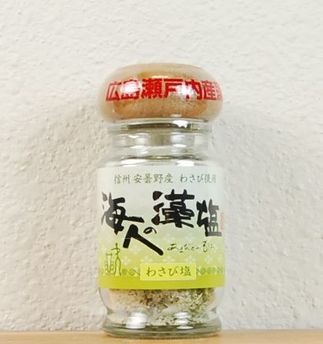 Amabito Matcha Salt is a blend of moshio and wasabi. It makes a wonderful seasoning for tempura or sashimi or for use on the grill. Moshio, translates to mean seaweed-salt (mo- meaning seaweed, -shio meaning salt), and it's known as the original way ancient Japanese people learned to make salt from the sea.

The salt is produced from the area called Setonaikai which is an inland sea and has been used for making salt for over a thousand years. Moshio is salt abundant in minerals such as iodine (a compound found in seaweed), calcium, potassium and magnesium, etc.